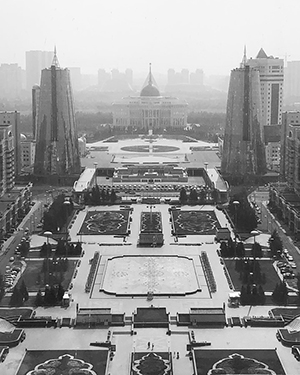 Lecture The Other Landscape at Stichting ZAP (Zwols Architectuur Podium)/Stadkamer, Zwolle
The Other Landscape is a lecture about the utopian urban landscape, the landscape of architecture, urbanism and ideologies. By means of photography, text, maps and archival material, Elian Somers leads the audience through a series of utopian landscapes - among others the modernist, socialist and neoliberal urban landscape. Within these urban landscapes various perspectives on truth, reality and history intermingle.
For more info see: www.stichtingzap.nl 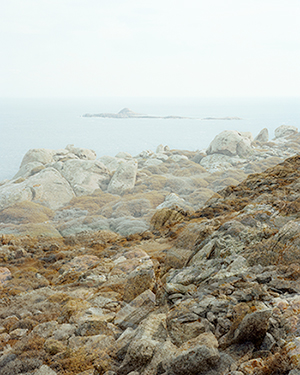 Salon World of Noon #3 - On Urbanism and the Cultural Cold War, with contributions by the artist and filmmaker Lene Berg, ZK/U (Center for Art and Urbanistics) - Olesia Vitiuk, Elian Somers and Carola Hein, professor and head of the History of Architecture and Urban Planning Chair at Delft University of Technology. The salon is organised by Air Berlin Alexanderplatz (Susanne Kriemann, Aleksander Komarav and Beatrijs Dikker), in collaboration with Elian Somers, and takes place at the Berlinische Galerie. The salon focuses on the Cold War battle of ideologies by means of cultural production; particularly urban planning and architecture. For more info see:
Invitation - World of Noon #3 (pdf)
ABA (Air Berlin Alexanderplatz)
Berlinische Galerie

Presentation of the new book One and Another State of Yellow at Unseen Book Market, Amsterdam.
The work One and Another State of Yellow (2013–2017) by Elian Somers studies the interplay between urban planning, ideologies and psychological warfare around two landscapes of ‘war’ in the United States of America: El Paso on the United States-Mexico border and Washington DC, its capital city. El Paso is an American double city with Ciudad Juárez, Mexico. In 2010 Juárez was listed as the deadliest city in the world. At the same time El Paso was listed as the safest city of the United States. Washington DC can be seen as the US overall war and control apparatus.
Both the landscapes of El Paso and Washington DC are in the grasp of all kind of plans, systems and thought experiments which give various perspectives on reality – both from the field of architecture and urban planning, as from the field of strategic planning.
For more info see: www.fw-books.nl

Salon The Guide, the Author and the Scientist, Disclosed #8, Het Wilde Weten, Rotterdam, with contributions by Ine Lamers, Elian Somers and guest Raymond van den Boogaard.
The program is the first outcome of an ongoing conversation between Ine Lamers and Elian Somers about the Russian landscape and the way ideologies and architectures write and rewrite its history. Both artists have undertaken long-term projects in Russia over the last few years and recently started new projects in, or around, the Russian Federation. Their practices share a common approach: As the Russian landscape evokes wonderment and speculations on its reality, history and truth, Somers and Lamers examine the nature of the natural landscape and the multiple realities within the appearing reality. Questions that have come up in their meetings will form the starting points for a salon evening and accompanying presentations. For more info see: www.hetwildeweten.nl

The work One and Another State of Yellow - From the Monument is presented as an artist contribution at Open! Platform for Art, Culture & the Public Domain. In close collaboration with Stroom Den Haag, Open! started the research theme Culture of Control, which critically discusses how the primacy of control and security has further developed in recent years. Culture of Control contains contributions by Michael Seemann, Marc Schuilenburg & Rik Peeters, Clare Birchall and Elian Somers.
The work can be viewed at: www.onlineopen.org

Discussion event Rotterdam and the River, TENT, Rotterdam.
Rotterdam is one of the world's largest harbour cities; the Maas is the engine upon which the city runs. However, the 'harbour' is now many kilometres away from the city and the river divides Rotterdam into two unequal parts. Now that Rotterdam plans to build two new bridges, the question of how the city relates to the river is again of interest. On Wednesday 1 June at 20:00, the artists John Körmeling and Elian Somers and the artists collective Utopia discuss with moderator Christine de Baan the magic of the Maas. The evening takes place as part of the Utopian Dreams group exhibition, curated by Reyn van der Lugt, which features artists' extraordinary plans and dreams for Rotterdam.
For more info see: www.tentrotterdam.nl

Working period at Air Berlin Alexanderplatz (ABA), Berlin. ABA is a residency program based in the centre of Berlin. ABA hosts international artists, designers, curators, architects and critical writers. Residents work on specific projects related to the city of Berlin with a focus on research-based practice. To find out more see www.airberlinalexanderplatz.de

The residency is generously supported by the Mondriaan Fund, Amsterdam